Mermaids that we created

Highbourne Cay - July 2016.  Last mermaid creation of our trip to the Exumas.  Isn't her hair pretty? 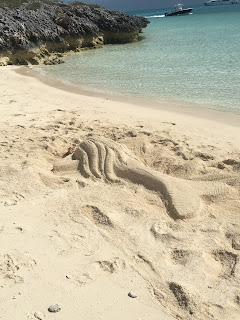 Shroud Cay - July 2016.  This is a deserted beach at the end of a creek that winds through Shroud Cay and ends up at the Atlantic Ocean.  She is laying up on a rock formation wall. 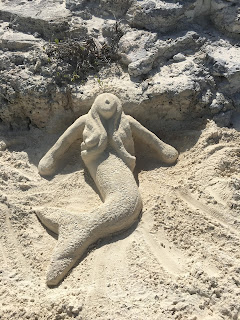 Warderick Wells Cay - July 2016.  This island is a National Park and is protected which means you take nothing, dead or alive and you leave only footprints.  There are many trails throughout that are marked with piles of rocks.  So George decided we should build a rock mermaid!  We not only left our footprints, but we left our mermaid as well. 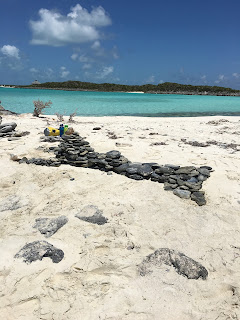 Ally We Love You! - Big Major anchorage off Staniel Cay Bahamas - June 2016.  Ally is our niece and she was having major back surgery the next day.  We wanted her to know we were thinking of her and her whole family! 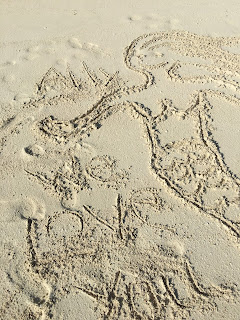 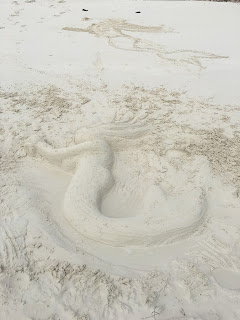 Compass Cay - July 4th 2016 - there was a natural bank where the tide ran through creating the entrance to "Rachel's Bath" which is a tidal pool on the Atlantic side. 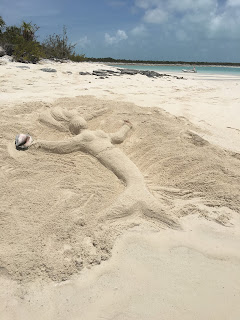 Captiva Island - Christmas 2015 - We were anchored off Cayo Costa - took the dink in to shore, collected shells and George created this beautiful mermaid - what an artist! 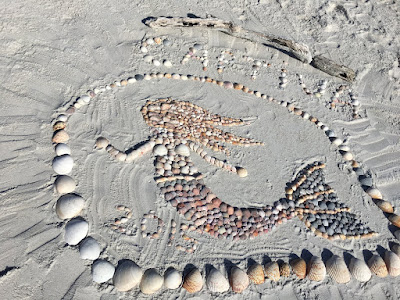 Ohmygosh y'all!!! I love the blog and am blown away by the mermaid!!! Thinking of you from RDM. Emily

Thank you Emily and thanks for following along with our journey! Hope you can join us someday!!!