Bears, bears, and more bears...does a bear really poop in the woods?!?!

So what's it really like in Alaska?!?!  There's plenty of wildlife, beautiful mountains, majestic glaciers, lots of resources to enjoy, a lot of daylight (it never really gets dark at night, so no stars), and very fews days of sunshine...it's all true...and all wonderfully exciting!!!

We really enjoy and appreciate the National Parks, National Wildlife Refuges and US Forest Service because these campground areas almost always have a place to dump our "black" tank, refill our water tank, and dispose of trash...all of which were a big concern of ours before we left.  Most of the time, it is free, even if we don't stay in the campground itself.  State parks are great too, but with a nominal charge.  And fuel has also been very easy to find!

So if you're headed to Alaska in an RV, don't worry about that stuff!  Alaska has exceeded all our expectations...and we still have two months to go!

Here's a few wildlife pictures to get started, but there's lots more to come... 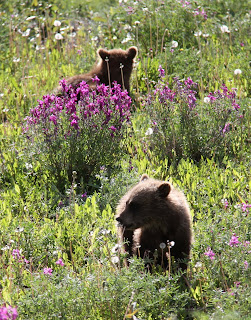 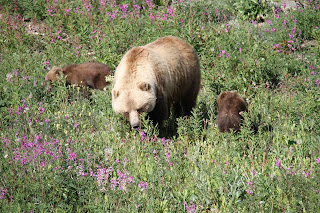 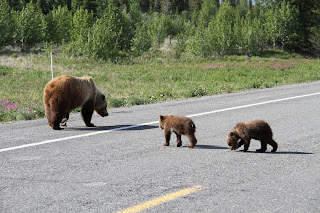 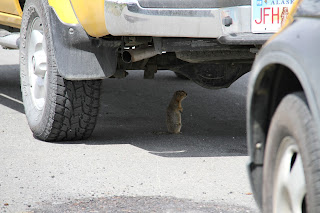 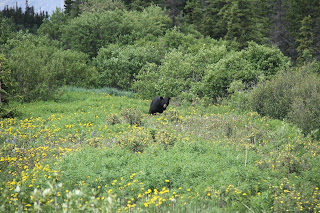 Posted by George and Christy at 6:08 PM No comments:

We made it to Alaska!

Our drive through British Columbia, Canada was absolutely beautiful...there will probably be another road trip planned to visit the area again!  But for now, we had to move on to reach our goal.

So far, we've experienced amazing glaciers, abundant wildlife, beautiful mountains (when the sun is out) and interesting characters.  We've crossed the Canadian and US borders five times because we've taken the road less traveled resulting in side trips to Stewart, BC and Hyder, AK, on to Skagway and Haines, AK, and finally to Valdez, AK - all are coastal towns.  That meant we traveled down and back up again - back and forth between the two countries.  All in all, we've driven about 10,000 miles since we left Florida two months ago...and we've only as far as Anchorage!

The roads we've been on have not been nearly as bad as we thought they would be, but they haven't been great either.  One day we drove 22 miles on a narrow, winding, dirt road that took over an hour to reach the summit of a mountain looking down onto Salmon Glacier - amazing experience!

We've driven up the Cassiar Highway which was actually very well maintained and had lots of wildlife!  But then we reached Alaska and we started to experience the frost heaves (big bumps caused by frozen ground), washed out bridges and culverts from the melting glaciers causing rivers to change their courses, and the ever present road work to fill potholes and washboard roads that can only take place in the summer time when there isn't 25 feet of snow!

Speaking of the snow, we learned that the "poles" we see on the side of the roads are a way to mark where the road is...under all that snow...so the plows don't go over the side of the mountain! We've gotten used to seeing warning signs not to stop because it is an "avalanche area"...that's always comforting - not to mention that almost everywhere we go we are looking over the side of a cliff out into a vast snow covered mountain range -WOW, just WOW!!!!

Here are some of shots of the MerVan "boondocking" - meaning when we stop in pull outs on the side of the road, or drive a short distance down a dirt road.  We prefer this style of camping rather than staying in a campground - although that's fun too - meeting new people! 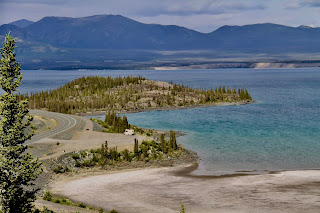 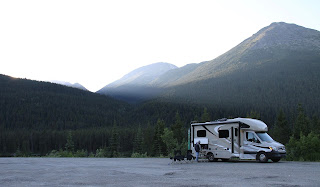 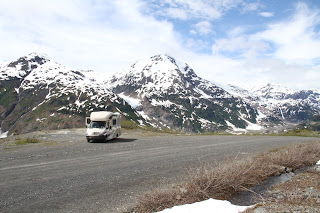 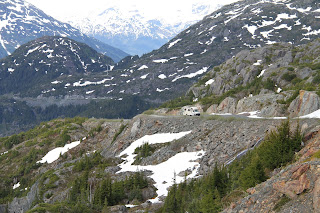 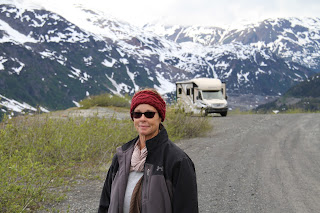 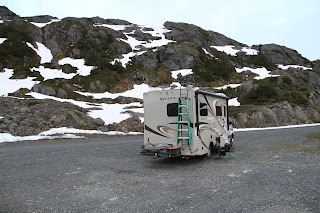 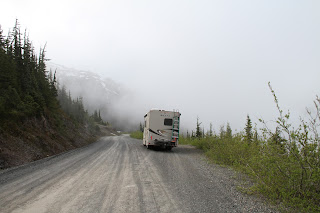 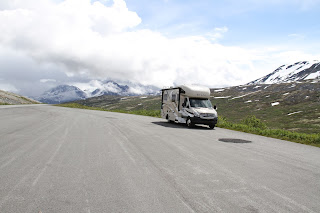 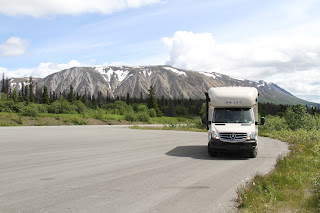 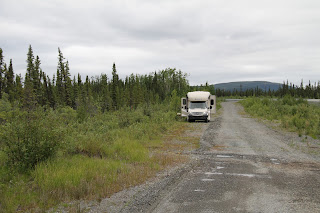 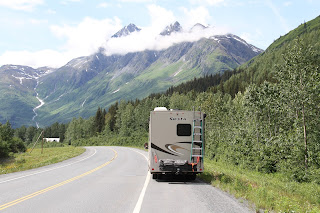 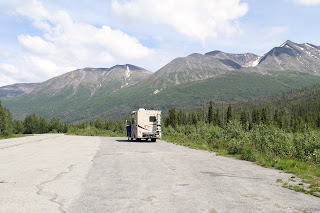 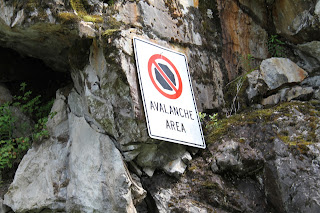 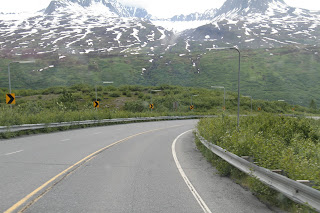 Posted by George and Christy at 11:53 AM No comments:

Get an email notification when there's a new post...