We spent a couple of days at Hoffman's Cay because of weather.  In between squalls and storms, we went kayaking to see the "Blue Hole" which is a 120 foot natural hole in the middle of the island.  George slipped and almost fell in.  He would have jumped in to cool off but we heard from another cruiser that there was a bull shark in the hole - not sure how he got in, maybe an underground tunnel! 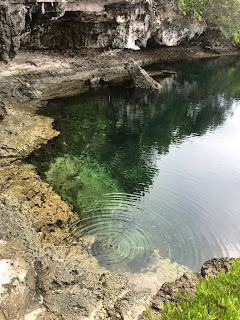 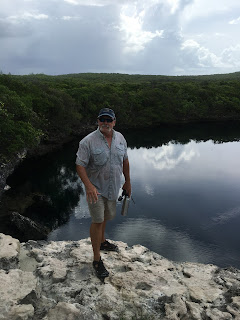 We also took the dink to go exploring - we said, let's go check out those islands over there, it looks like there's a nice beach.  Well, little did we know, we had found the ultimate sand bar!!!  As far as you could see, there was beautiful white sand with little ripples and ridges from the tide coming in and out.  There were a couple of small patches of island or rock, but most of it was just sand - AWESOME! 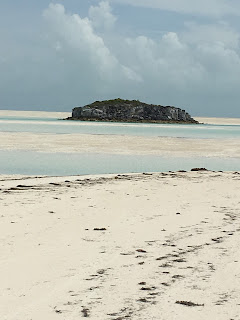 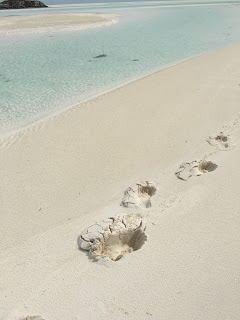 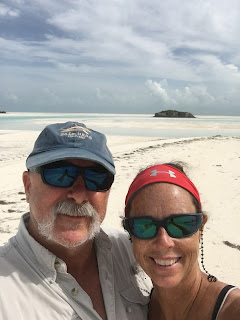 Even with the storms, always a beautiful sunset! 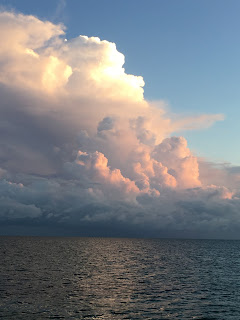 Posted by George and Christy at 6:55 AM